Principle 6: Kuumba (Creativity)
To do as much as we can, in the way we can, in order to leave our community more beautiful and beneficial than we inherited it.

Principle 5: Nia (Purpose)
To make our collective vocation the building and developing of our community in order to restore our people to their traditional greatness.

Principle 4: Ujamaa (Cooperative Economics)
To build and maintain our own stores, shops and other businesses and to profit from them together.

Principle 3: Ujima (Collective Work & Responsibility)
To build and maintain our community together and make our brother’s and sister’s problems our problems and to solve them together.

Principle 1: Umoja (Unity)
To strive for and maintain unity in the family, community, nation and race. 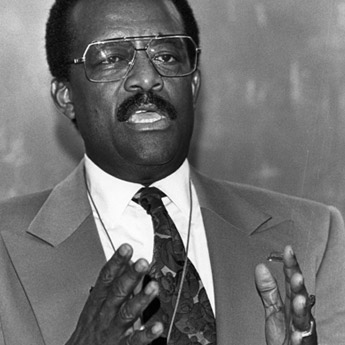 “The policeman on the street is the most powerful person in the criminal justice system. If he is in the grip of some grim private impulse or carries with him some bigoted private agenda, he can- all on his own- take your life, beat you and choose to lie about your guilt or innocence. If the rest of the system the elects to accept his word without question, you are utterly at his mercy.” -From, “Journey to Justice” By: Johnnie Cochran

Donald Cotton is the inventor of nuclear reactor propellants.

“‘Bloom where you’re planted, child,’ she used to say whenever I talked about all the things I was going to do when I got back home, back to the city, where we had all kinds of things- stores, TVs, indoor plumbing- that she didn’t have in the country. ‘Do what you can, with what you have, where you are.'” -Patti LaBelle 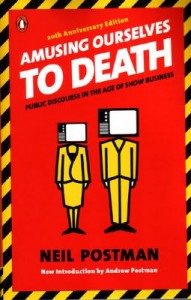 “…Americans are the best entertained and quite likely the least well-informed people in the Western world. I say this in the face of the popular conceit that television, as a window to the world, has made Americans exceedingly well informed. Much depends here, of course, on what is meant by being informed. I will pass over the now tiresome polls that tell us that, at any given moment, 70 percent of our citizens do not know who is the Secretary of State or the Chief Justice of the Supreme Court. Let us consider, instead, the case of Iran during the drama that was called the ‘Iranian Hostage Crisis.’ I don’t suppose there has been a story in years that received more continuous attention from television. We may assume, then, that Americans know most of what there is to know about this unhappy event. And now, I put these questions to you: Would it be an exaggeration to say that not one American in a hundred knows what language the Iranians speak? Or what the word ‘Ayatollah’ means or implies? Or knows any details of the tenets of Iranian religious beliefs? Or the main outlines of their political history? Or knows who the Shah was, and where he came from?

Nonetheless, everyone had an opinion about this event, for in America everyone is entitled to an opinion, and it is certainly useful to have a few when a pollster shows up. But these are opinions of a quite different order from eighteenth- or nineteenth-century opinions. It is probably more accurate to call them emotions rather than opinions, which would account for the fact that they change from week to week, as the pollsters tell us. What is happening here is that television is altering the meaning of ‘being informed’ by creating a species of information that might properly be called disinformation. I am using this word almost in the precise sense in which it is used by spies in the CIA or KGB. Disinformation does not mean false information. It means misleading information- misplaced, irrelevant, fragmented or superficial information- information that creates the illusion of knowing something but which in fact leads one away from knowing. In saying this, I do not mean to imply that television news deliberately aims to deprive Americans of a coherent, contextual understanding of the world. I mean to say that when news is packaged as entertainment, that is the inevitable result. And in saying that the television news show entertains but does not inform, I am saying something far more serious than that we are being deprived of authentic information. I am saying we are losing our sense of what it means to be well informed. Ignorance is always correctable. But what shall we do if we take ignorance to be knowledge?” -From, “Amusing Ourselves To Death: Public Discourse In The Age Of Show Business” By: Neil Postman

[SIDEBAR: I happen to think that the news is a lot more “deliberate” than the author expressed…A thought provoking book though.”]