“For more than 350 years Black men in this country have been dying with courage and dignity for causes they believe in. This aspect of our history has always been known to Black people, but for many the knowledge has been vague. We knew the names of a few of our martyrs and heroes, but often we were not acquainted with the circumstances or the precise context of their lives. White America has seen to it that black history has been suppressed in schools and in American history books. The bravery of our ancestors who took part in slave rebellion has been lost in the mists of time, since plantation owners did their best to prevent any written accounts of uprisings.”-Huey Newton

When he was a freshman at Howard University, Stokely Carmichael had an English professor who was to become a Nobel laureate. She was also the future editor of two of his books.

He had this to say about his famous teacher:  “My freshman English teacher I’ve never forgotten. She was an instructor and a challenging teacher who was really down with black literature and our people’s culture. But this teacher was unusual in one other important respect: she was young, stylish, and really fine. Her name was Toni Morrison…About eight years later my teacher and I met again when she would be my editor at Random House for both Black Power and Stokely Speaks.”

“An act of 1696, reenacted in 1712 and again in 1722, declared that those who have been sold and their children, are made slaves. By 1725, Governor Arthur Middleton stated that slaves have been and are always deemed as goods and chattel by their masters.

In 1740, The Comprehensive Negro Act abandoned completely the last vestiges of the Barbadian tradition and set slavery on a unique legal foundation. Blacks, Indians, and their heirs were considered slaves, the only colonial law affirming slavery as the presumptive status of persons of color.

The status of Blacks changed from unfree labor to racial slaves. A dark curtain had fallen over the colony. From that time on in law as well as in custom, the wall between white and non-white was set in stone.

The political condition of the African in South Carolina worsened in the 18th century as he was stripped of his humanity as well as his freedom both in theory and in practice.

Slavery in Carolina, from its founding until the Stono Rebellion of 1739, was marked by rising tensions between the races, stricter slave codes, and efforts by whites to maintain control as Blacks increased their numerical superiority.

A ticket was required to leave the place of the master slave patrols enforced the slave code and were on the look out for any signs of rebellion. Punishment of slaves included branding, mutilation, whipping, burning, castration, and execution.

Such measures undoubtedly increased the sense of cohesion among the Black population, but not necessarily a loss of ethnic identity. As Blacks fought back their resistance took many forms including arson, poison, and conspiracy.” -From, “The Gullah People and Their African Heritage” By: William Pollitzer

Inventor and engineer Otis Boykin helped to develop the guided missile. He patented over 2 dozen electronic devices. This included the pacemaker.  He was inspired to create the pacemaker sue to his mother dying from  heart failure when he was only a year old. Ironically, Otis Boykin also died from heart failure in 1982.

Dr. John Henrik Clarke created the Harlem Youth Action Project.  Kareem Abdul-Jabbar participated in this program as a youth.  In his most recently published book, “Becoming Kareem: Growing Up On And Off The Court,” Kareem Abdul-Jabbar, dedicates the book to Dr. Clarke.  The book’s dedication states:  “This is dedicated to all the young people who value scholarship and the teachers and mentors who sacrifice for them.  I especially want to thank Dr. John Henrik Clarke because the Harlem Youth Action Project, which he created, was crucial to me in understanding my path.” 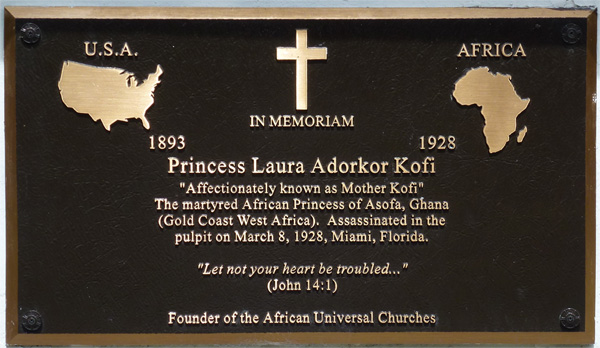 “In 1917, the U.S. bought the Dutch West Indies for $125 million and renamed them the U.S. Virgin Islands. WWI was underway, and Uncle Sam wanted the islands as a naval base to protect the strategically important Panama Canal. The U.S. government assigned the administration of the islands to the Department of the Navy.” -From, “Gangsters of Harlem”