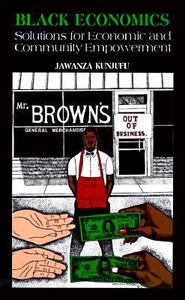 “In Africa, land was always recognized as belonging to the community. Each individual within our society had a right to use the land because otherwise he could not earn his living. One cannot have the right to life without also having the right to some means of maintaining life. The Africans right to land was simply the right to use it; he had no other right to it nor did it occur to him to try to claim one. The foreigner introduced a completely different concept- the concept of land as a marketable commodity. According to this system, a person could claim a piece of land as his own private property, whether he intended to use it or not.

This is a fundamental change in how land was viewed in the African economy; land belonged to the extended family. In the capitalist European American economy, land belonged to the individual. This was the first downfall in the African economy. The second downfall was the introduction of money. A means of currency was used in the exchange of goods and services. Exploring our own African history, we understand that services and products were distributed among the people based on a barter system. The Kunjufu family produced yams and the Ofari family produced tomatoes. We exchanged products between each other and this was done without the use of currency. The book by William Griggs, “The Megalite Connection,” describes an African society that for a number of years was not dependent on currency. With the introduction of money, people began to horde money. People began to measure the self-worth of others based upon the sum of their money.” -From, “Black Economics: Solutions for Economic and Community Empowerment” By: Jawanza Kunjufu