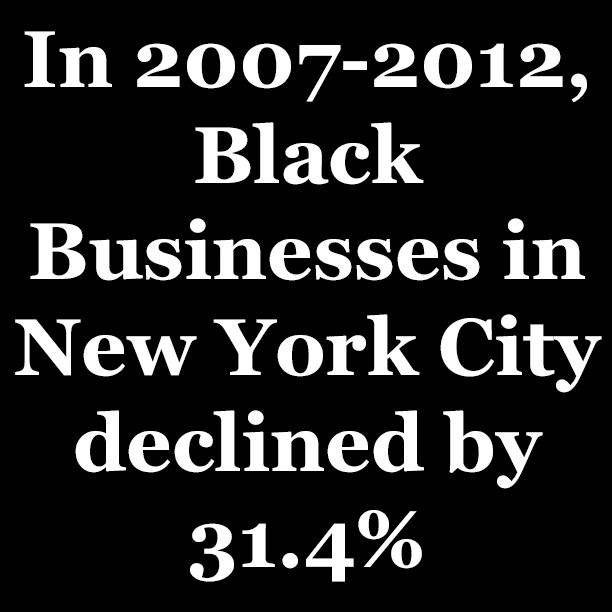 In a recent study done by New York City’s comptroller, documenting the financial state of the City between the years of 2007 to 2012, the dismal state of Black business was noted.

According to the study, in 2007-2012, the presence of Black Businesses in New York City declined by 31.4%, while Black businesses nationwide rose 2.4%

I wonder what the figures are for the last 5 years. With large amounts of Black New Yorkers being “gentrified” out of their homes, I don’t suppose the figures got any better.

Be sure to support the Black Businesses that still exist.