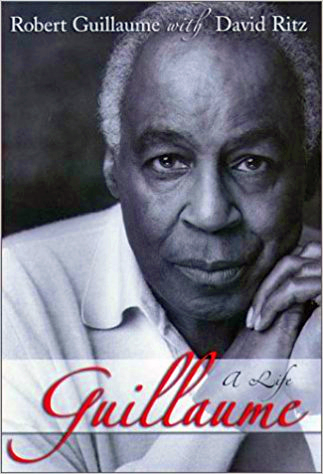 Here are some interesting tidbits from “Guillaume: A Life” By: Robert Guillaume:

• He grew up in St. Louis during the great depression. He went through a lot of family challenges growing up. Growing up he had to face poverty, racism, and miseducation. He poignantly describes what this was like.
• His early life taught him that American society felt: “What is grace in a white man is arrogance in a black man.”
• He discusses getting roles and building a career as a Black man in America. He also discusses acting, and building a career, outside of America.
• He frankly discusses, and explores, the harsh racial dynamics of America and its affect on his life and his perspectives.
• He discusses meeting, and working with, Sammy Davis Jr. and Harold Nicholas of the Nicholas Brothers.
• He briefly discusses seeing Nina Simone perform, and living next door to Miles Davis
• He details his role as a father and his relationships with his children.
• He discusses his friendship with actor Ron O’Neal, and tactfully describes the affect Hollywood had on him.