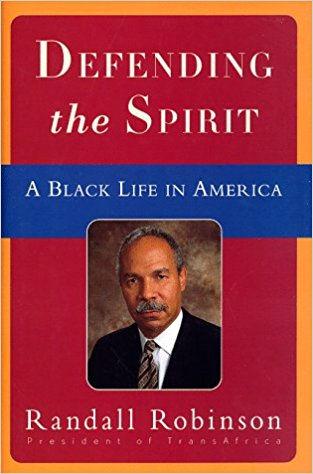 Here are some interesting tidbits from “Defending The Spirit: A Black Life In America” By: Randall Robinson:
• He was referred to as a “boy” by young white farmers when he was well into middle age.
• He discusses what it was like to be one of a handful of Black students attending Harvard Law School.
• He was drafted into the U.S. Army after he dropped out of college. He discusses his experiences in the army during the Vietnam War.
• He discusses his experiences with racism and racial politics during every of his life.
• He poignantly discusses the illusions created by segregation.
• He discusses the stellar achievements of his siblings.