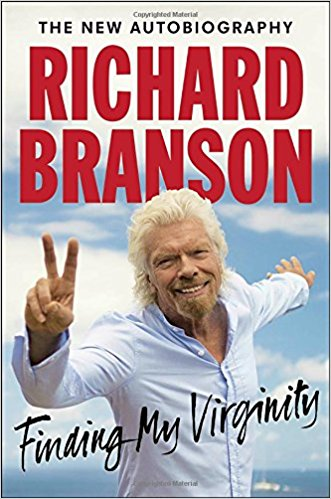 Here are some interesting tidbits from “Finding My Virginity: The New Autobiography” By: Richard Branson:

• This book is a part two to Richard Branson’s first autobiography, “Losing My Virginity,” which he published in 1998. The first chapter of the book is entitled, “1999.”
• He’s built dozens of businesses is a variety of industries.
• He’s had a couple of interesting encounters with Donald Trump.
• He privatized trains in the United Kingdom, and has built a luxury wildlife reserve in Ulusaba.
• Nelson Mandela urged him to take over the gym fitness industry in South Africa and he complied.
• He has promoted his businesses via some interesting publicity stunts; some of which were dangerous and life-threatening.
• He protested various wars throughout his life. He even visited Saigon and learned the history of the Vietnam War.
• He’s friends with Bill & Melinda Gates.
• Steve Jobs is the entrepreneur he admires the most.
• He officiated the wedding of Google founder, Larry Page and Lucy Page.
• He attempted to get Saddam Hussein to step down and go into exile. [SIDEBAR: It’s interesting to see how successful businesspeople can influence serious international political matters.]
• He had a longtime friendship with Nelson Mandela. He introduced Nelson Mandela to the Dalai Lama.
• He has several record-breaking feats under his belt, including breaking the Guinness Book of Records standing for the fastest crossing of the English Channel by an amphibious vehicle.
• He helped to facilitate a council of elders, including Mandela and Desmond Tutu, for the purpose of world improvement.
• He has created a company that focuses on pioneering space travel and satellite launching. He has aspirations of exploring space and setting up space tourism.
• He has set up a foundation to help start-up entrepreneurs.
• He details the start and finish of Virgin American Airlines, and how he took on the U.S. Airline system and created one of the most successful airlines in America. [SIDEBAR: It wasn’t cheap or easy.]
• He wasn’t in favor of Brexit. Among other things, he feels it will limit the future options of the youth.
• He’s visited Barack Obama at the White Hoses and discussed a bevy of issues with him. He has also enjoyed a 10-day vacation with the Obamas, after President Obama left office.
• When he traced his ancestral background, he discovered that through his mother’s side of the family, he is related to Charlemagne.
• In the final chapter of the book, he lists dozens of his nearly deadly adventures and mishaps.