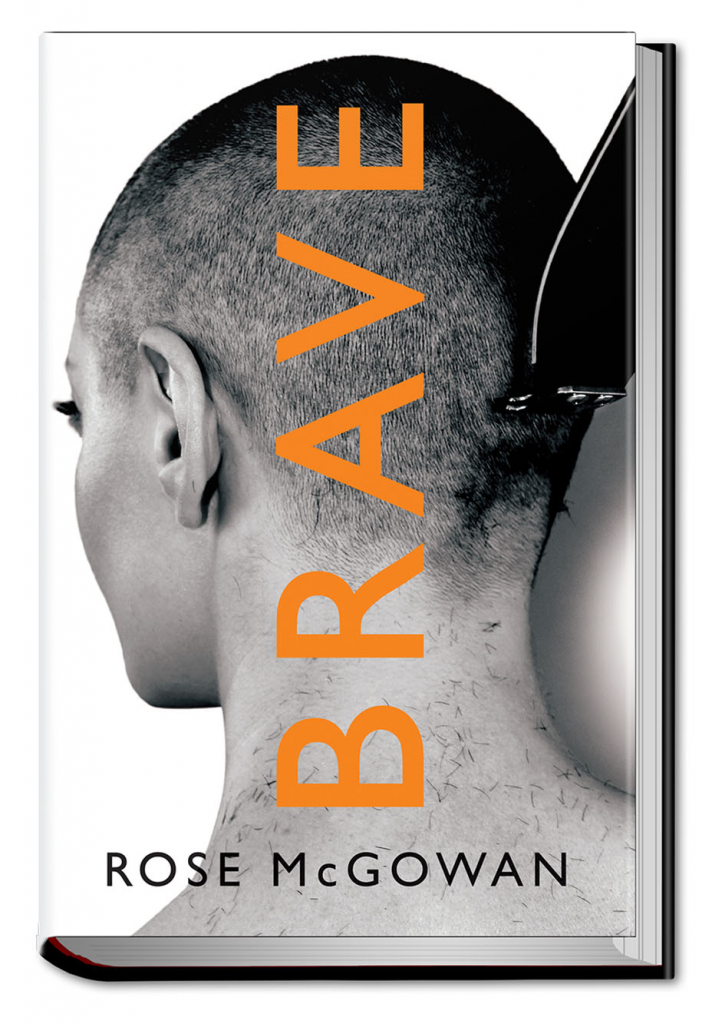 Here are some interesting tidbits from, “Brave” By: Rose McGowan:

• She faced great opposition to the publication of this book. She said she had parts of her manuscript stolen, and was hacked, stalked, and spied on.
• The cover of the book is a picture of her getting her hair shaved off. After reading the preface of the book, you understand why she made this image the cover of her book.
• She was born in Italy. She was also born into a cult.
• As a child, she escaped the cult with her father and her siblings, but her mother was left behind. She eventually was reunited with her mother, in America, at the age of 10.
• As a child, she was sent to live in America. She immediately hated the food in America, and the aggressiveness of the people.
• For part of her teen years, she was a runaway.
• She suffered through a lot of abuse growing up, including parental abuse, and a beating by a police officer.
• She was sexually assaulted by a Hollywood executive as a very young teen. However, being a naïve child, she didn’t see it as an assault at the time that it happened.
• She was in an abusive “relationship” with a grown man as a child. This relationship was the catalyst to her eating disorder.
• She was randomly “discovered” to be in a Hollywood movie on the street, while waiting for a friend. She went through a humiliating audition to get the role.
• She describes what it was like working on movies such as: The Doom Generation, Scream, Jawbreaker, Phantoms, and on the television show Charmed.
• She went to an arranged meet-up with a high-powered Hollywood executive, who was unbeknownst to her, a predator. She calls the meeting, “the day [her] life got hijacked by evil.” The response she got from others after the rape included: An actor saying, “I told him to stop doing that.” Her manager telling her to think of it as something that would help her in the long run. Her management company’s power player saying, “I just had an expose about him killed in the LA Times; he owes it to me not to do this.” A criminal attorney she consulted telling her, “You’re an actress. You’ve done a sex scene. You’ll never win. You’re done.”
• She describes what it was like being in a relationship with Marilyn Manson.
• She talks about the effects of being trolled online.
• She astutely describes how Hollywood and the entertainment industry fosters bad behavior in society and an obsession with the frivolous and unnatural.
• Her Rolling Stone cover-shoot was her breaking point with Hollywood.