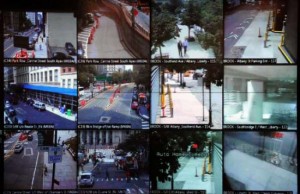 A New York City racketeering case garnered an interesting ruling that concerns facebook users. The defendant in the trial attempted to suppress evidence that was gathered from facebook to hand down his indictment.

The defendant used the legal defense that the information, which was obtained via an informant giving law-enforcement investigators access to the defendant’s facebook profile, violated his Fourth Amendment constitutional rights- which protects him against unreasonable search and seizure. However, the U.S. District Court Judge overruled this claim, stating that the FBI, are other law enforcement agencies, are entitled to view profile anyone’s facebook and collect evidence – as long as one of the facebook user’s friends gives law-enforcement investigators permission to do so.

Reportedly, the Judge compared such collection of data to a phone tap in which one person participating in the phone call allows the government to listen in without the consent of knowledge of the other party. The Judge reasoned that if this sort of phone tap is considered legal, so is gathering information via a person’s consenting facebook friend. 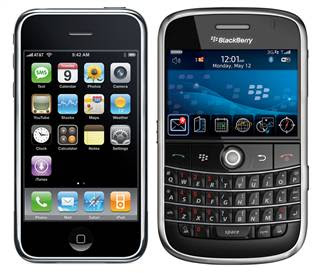 For the first time ever, cell phone companies were subjected to make an accounting of law enforcement requests for customer’s data. This accounting was ordered via a congressional inquiry. Reportedly, there were at least 1.3 million demands made by law enforcement for mobile phone users’ caller location, text messages, and other data. [SIDEBAR: It should be also noted that some sources are saying that the 1.3 million figure id a gross understatement.]

According to the New York Times, AT&T receives more than 700 requests a day from law enforcement seeking their customer’s personal communication information. Sprint receives at least 1,500 requests per day.

The cell-phone information requests have caused controversy based on privacy issues. For the most part, customers’ information has been released without subpoenas. There is fear of, and opposition to, the abuse of this type of data gathering. The New York Times states that: “A lawyer for the ACLU [American Civil Liberties Union] said he was concerned not only about officials gathering phone data on people with no real connection to crimes, but also about the agencies then keeping those records indefinitely in internal databases.”

My take on this issue is that a multitude of conspiracy observers are worried about people being injected with “the chip.” Meanwhile, I say that we are voluntarily carrying the chip around with us on a daily basis; “smart phones” equipped with GPS.

It’s common sense that a cellphone can be used as a tracking device. However, Newsweek recently published an article, “Is Your Cellphone Spying On You?”, that details how your cellphone can be turned into a truly invasive spying mechanism.

According to Newsweek, “spy phone” software now makes it easy for anybody to infect any mobile phone with a wiretapping program. The spy software is manually downloaded onto a cellphone. The download process only takes a few minutes.

Newsweek reveals that once the software is downloaded onto the phone: “The latest programs can silently turn on handset microphones even when no call is being made, allowing a spy to listen to voices in a room halfway around the world. Targets are none the wiser: neither call logs nor phone bills show records of the secretly transmitted data.”

Newsweek also states that an Italian software developer is creating spyware for law enforcement agencies that will allow a cellphone to be infiltrated by spying software via a text message. Once a cellphone user opens the text message, installation of the spyware will automatically begin.

Reportedly smart phones, like iPhones and BlackBerries, are the most vulnerable to spy phone software.

[SIDEBAR: While I like the convenience of modern technology, I’m beginning to have deep apprehensions (to say the least) about living in a digital world.]

Apple Inc. has been subject to multiple lawsuits regarding privacy and spying issues. Recently, two computer security experts discovered that Apple was able to track the movements and actions of iPad, iPhone, and iPod touch users without the device owners being aware that the tracking was being done. The security experts discovered that Apple was performing this clandestine tracking via applications, and would collect data even if the device owner had set the location services to off. Apple claims that the data collection was done erroneously due to a bug in their apps. However, several users feel that the accumulated data was illegally and irresponsibly collected and distributed to third parties, including other commercial companies. Apple also tried to defend itself by saying that they were protected against any legal liability via the users’ agreement.

According to the BBC, a federal judge in California found Apple’s users’ agreement defense questionable. However, the judge stated that Apple’s secret data collection was, “routine commercial behavior.” The judge also dismissed claims against Apple regarding the violation of federal laws involving: wiretapping, records disclosure, and computer fraud.

IPods, iPads, and iPhones have become popular items due to their ease of use, and the extensive access to entertainment and information it provides. However, the blaring question remains of the vulnerability users are subjected to due to the potential damage and destruction that could result from the secretive collection and distribution of users’ personal data and movements.

While this video is clearly a parody, how much of it do you think actually touches on the truth?