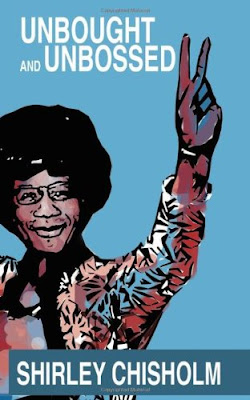 “At one time a lot of us hoped that all it would take was to convince the white majority of the simple truth and justice of our cause, and the day of equality would dawn. That was the faith that created and sustained the civil rights movement of the 1950s and early 1960s. The movement was a failure. Everyone who was deeply involved in it hates to admit that. When one remembers the exhilaration that came from linking hands and singing, ‘Black and white together…We shall overcome.’ it is hard to believe that in spite of all the passion, the sacrifices and the idealism that the civil rights movement called forth, it left little behind it but some new laws that have yet to be really enforced. The goal of the movement- integration- was not accomplished. It was not even brought closer, and that fact has at least temporarily discredited the goal.

Frustration at its failure split the civil rights movement along racial lines. One fragment became the core of the white New Left; the other developed into the militant, activist, young black movement. Two groups were equally outraged the older, white activists and black middle class. Both misunderstood and were horrified by the concept of Black Power. To their minds, Stokely Carmichael and George Wallace had the same goal- rigid segregation of the races. That interpretation of Black Power was a shortsighted one. Perhaps our young black leaders who hit upon the concept did not realize it, but they had grasped a real American political truth…How can the black minority, oppressed for more than 300 years, move forward to full citizenship? Not one by one, on the strength of individual talents and luck. That only works for a few. It means abandoning their identity, their birthrights. At the price of becoming pseudo-whites, we have been admitted in small numbers as probationary members of American society. ‘Integration’ on those terms was an idea that was foredoomed to be rejected by the mass of black Americans. What does it matter to them that their race has produced a few Ralph Bunches, Sammy Davises, and Percy Suttons? It does not close or appreciably narrow the gulf between them and the greater society. That this gulf would be bridged by efforts from the white side was the dream of the civil rights movement. It was a beautiful dream, but it was mainly the creation of a small group of white idealists who did not understand their own society. They did not know the facts of life, that all Americans are the prisoners of racial prejudice. Even the civil rights crusaders were racists, in a subtle but no less destructive way. They ran the civil rights show, as they would later run the poverty show: ‘All right, here’s what we’re going to do.’ And their black allies believed and cooperated because they wanted to so deeply to believe that it was the start of something new and wonderful, a gradual complete change of heart by the white majority. They were expecting a miracle, and of course no miracle happened.” -From, “Unbought and Unbossed” By: Shirley Chisholm

“Much of the hypocrisy of Americans on the subject of race seems to be unconscious. Perhaps self-deception would be a better word for it. Racism is so universal in this country, so widespread and deep-seated, that it is invisible because it is so normal. Whites are furious when they are accused of it, as the Kerner report accused them when it exposed white racism as the cause of the urban riots of the 1960s. ‘Who, us?’ everyone from President Johnson down demanded indignantly. They could not see the truth in front of their eyes. It was not even a conclusion, but a visible fact. All they had to do was look at the cities, surrounded by a fortified ring of lily-white suburb. Who built the suburbs and kept them white? Who compelled poor black and Spanish-surnamed citizens to crowd into the oldest, most run-down parts of the cities? Who ran the school systems so that the slum schools got the oldest textbooks, the greenest teachers, the least equipment?

One experience that keeps recurring to me is a meeting I had just before Christmas 1968 with a group of redcaps from Penn Station. Not many people know that a majority of these porters, elderly men now, have college degrees. When they got out of school during the depression, they discovered that what they had been told about education being the way out of poverty was not true for black men. They have spent their lives growing gnarled and bent carrying white travelers’ baggage for nickels and dimes. Imagine the waste- the human potential that they once had, the loss to our society when they were denied a chance to serve it as they were ready and able to do. One told me with tears in his eyes, ‘Keep on fighting, for all the black children.’ He was reconciled to the fact that it was too late for him to have a fair chance, but he did not want it to happen to another generation. Something happened to me as I talked to those men. I resolved that I’ll die if necessary to prevent their experience from being repeated anymore.” -From, “Unbought and Unbossed” By: Shirley Chisholm