“In the early 1700s, as America was being ravaged by smallpox, Onesimus, an African slave who belonged to Cotton Mather, told of a technique, long practiced in Africa, to prevent smallpox by introducing the ‘pus from the ripe pustules’ of a smallpox patient into a small incision on the arm of an uninfected patient. The technique resulted usually in a mild case of smallpox but prevented the full-blown disease. Dr. Zabdiel Boylston (a great-uncle of John Adams), who had gotten the idea from Cotton Mather, tried the technique in America- first in Boston- with great success.” From, “Quitting America” By: Randall Robinson

“Sometimes they insult our Black women in ways we don’t even realize, it’s almost on code. What I mean by code is, for example, when a White man dresses like a woman, he is called a transvestite or a cross dresser. But when RuPaul dresses like a woman, the same media refers to him as a beautiful Black woman. What they are really doing, in my opinion, is making a statement to Black women: We are getting ready to kill you: kill your image of beauty, kill you image as a mother, as a sister and an aunt, and eventually kill your spirit.” -Dick Gregory 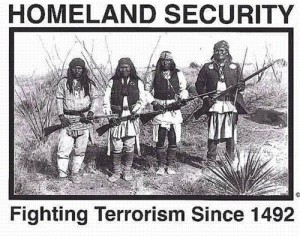 I’m reading a book that described Christopher Columbus’s expeditions as, “the globalization of greed.” This description puts into historical perspective the mores and values of present day society.

Here’s how the author astutely describes Columbus and his travels:

“Columbus had set out from a Europe ravaged by poverty, violence, famine, and the Black Death to find a hospitable, forthcoming people whose wisdom for living he, in doltish condescension, could not rise to credit. In the Santangel Letter, Columbus had said of the Taino, ‘They even took pieces of the broken hoops of the wine casks and, like beasts, gave what they had.’ By common assessment, he was a bigoted, grasping, vainglorious, deceitful man whose overweening preoccupation with titles, honors, profits, and privileges threatened for him at his advanced age a last-chance mission that presaged five centuries of suffering for nonwhite peoples the world over. But for all his flaws, his values were emblematic of the Europe that dispatched him westward…

Columbus himself confessed that he had been involved as a slave trader in Africa.” -From, “Quitting America” By: Randall Robinson

History is about locating one’s self in time and space. History is a grid, a set of coordinates that permit the individual to locate himself in reference to other points in the world. History is a mathematical concept, ladies and gentlemen, it is a geometrical concept; it locates and positions one relative to other things.” -“The Falsification of Afrikan Consciousness” By: Amos N. Wilson

Lillian Evanti, who was born Annie Lillian Evans, is credited as being the first African American to sing grand opera professionally. She was also one of the founders of National Negro Opera Company. Lillian Evanti also spoke five languages.

“For what is the value of democracy if our opinions are formed, our appetites manipulated, and our values shaped, our decisions made, our most fundamental needs camouflaged by the puppet-masters of politics and profit?” -Randall Robinson 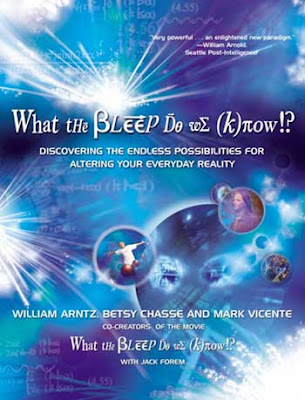 “I am reminded constantly of Gandhi’s statement, ‘Be the change you want to see in the world.’ For many this is an elusive idea. The notion that somehow me changing is going to affect the rest of reality seems well…like a sweet idea. But when you look at the work that Radin, Sheldrake, Hagelin or Laszlo are doing, Gandhi’s statement is starting to make more sense. Why should we be the change we want to see? Because we are entangled with everyone. Every thought matters. Who we are ‘matters’ to everyone else. What if it really is that simple?” -From, “What The Bleep Do We Know!?”

“In the 60’s we all talked about the Military Industrial Complex (MIC). And while that is still quite an operative force, quietly and steadily over the years it has been supplanted by the Entertainment Industrial Complex (EIC). This impacts everyone’s life moment by moment a hundred times more than the MIC. You see, the EIC are masters of two important things: manipulating desire and choice, and disempowering people. They use ‘entertainment’ to create the desire and the emptiness that makes you buy what they produce. And although in principle it’s not that different from the Roman coliseum, with the reach of technology, it’s overpowering. Just observe how every news show, magazine, movie, TV show creates desires and/or makes you feel powerless and empty- feelings that only products can fill.” -From, “What The Bleep Do We Know!?” By: Arntz, Chasse, and Vicente

Philip Emeagwali is an expert in astronomy, physics, and math. The computers he invented are currently being used to forecast the weather and predict future global warming.