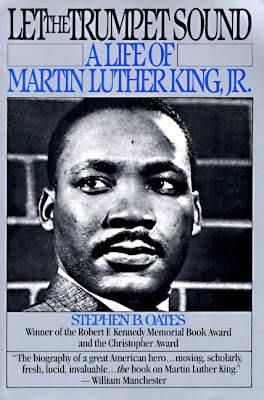 “The city fathers, however, refused to take the boycott seriously. ‘Comes the first rain day,’ the mayor said with a laugh, ‘and the Negroes will be back on the buses.’

In fact, it rained the next day. But the Negroes stayed off the buses, most of them trudging to work under umbrellas and newspapers, bundled up against the wet cold. When he observed that the mayor was certain that communists were at work in Montgomery.

To force Negroes back on the buses, the police commissioner ordered Negro taxi companies to change the minimum rate of forty-five cents per customer, thus ending cheap taxi fares for the boycotters. But King [and his organization] moved quickly to meet the crisis. They devised an ingenious car pool- based on a similar operation used in the Baton Rouge boycott- which went into operation on Thursday, December 13. Volunteer Negro drivers transported people to and from work, operating out of forty-eight dispatch and forty-two pickup stations established in key sections of the city. The car pool was so efficient that a local white judge later praised it as the best transportation system Montgomery had ever known.

In time, B.J. Simms of Alabama State took command of the car pool and ran it with military precision…

Not all the Negroes would ride in Brother B.J.’s vehicles. Some preferred to ‘demonstrate with their feet’ their desire for dignity and justice, and they walked to and from work every day, regardless of the weather.

Once a car pool driver chanced upon an old woman hobbling along with great difficulty, and he offered her a ride. She waved him on. ‘I’m not walking for myself. I’m walking for my children and my grandchildren.’

Then there was Old Mother Pollard. ‘Now listen’ King told her at church one night, ‘you have been with us all along, so now you go on and start back to riding the bus, ’cause you are too old to keep walking.’ ‘Oh, no,’ she protested, ‘I’m going to walk just as long as everybody else walks. I’m going to walk until it’s over.’ ‘But aren’t you tired?’ King asked. ‘Yes,’ she said, ‘my feet are tired, but my soul is rested…’

The miracle was manifested in other ways too. When threatened by white employers, boycotting domestics refused to be intimidated.” -From, “Let The Trumpet Sound: The Life Of Martin Luther King Jr.” By: Stephen B. Oates