“Part of the fallacy of white supremacy is the setting of whiteness and the norm and everything else as ‘other.’ Have you ever thought about the fact that even though most of this country’s predominately white colleges had racial discrimination as part of their founding principles they are referred to simply as ‘colleges’ or ‘universities’; however, our schools had to be specifically labeled as ‘black colleges and universities’? The same is true for fraternities, sororities, churches, dolls, books, and even Jesus! Black Jesus? I’m still trying to figure that one out since the Bible itself describes Jesus as a black man. Nowhere is this white standard-setting more outrageous than when it comes to history. When the topic is about anybody other than white folks, it has to be labeled: Black, Latino, Native American, etc.; but white folks have been allowed to own ‘history.’ As this planet’s original people, there is no history without us. Further, even when we moved outside of Africa, from ancient Greece and Rome to the Russian Empire to the start of the American Revolution to today, black folks have touched all of humanity’s most significant events. Neither the world nor America would be what they are today without the contributions of people of African Ancestry, let us be clear for once and for all that black history is ‘history.’” -Dick Gregory 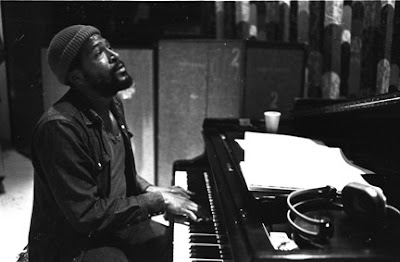 “All of his music was healing. And the world was a better place with Marvin Gaye in it.” -Dick Gregory