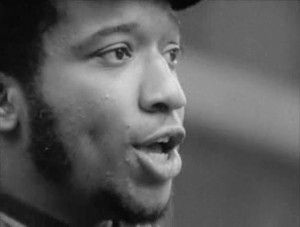 “Among the Hamptons’ neighbors in Argo were Mamie Till and her son, Emmett. Mamie Till had come to Chicago from Mississippi a few years earlier. Emmett’s father also had found a job at Corn Products [where Fred Hampton’s father worked]. One of Iberia’s [Fred Hampton’s mother] first Chicago acquaintances was Fannie Wesley, Emmett Till’s regular babysitter. Because Iberia stayed home with her three kids until Fred, the youngest, was eight, she helped Fannie by sometimes watching Emmett.” -From, “The Assassination of Fred Hampton: How the FBI and the Chicago Police Murdered a Black Panther” By: Jeffrey Haas