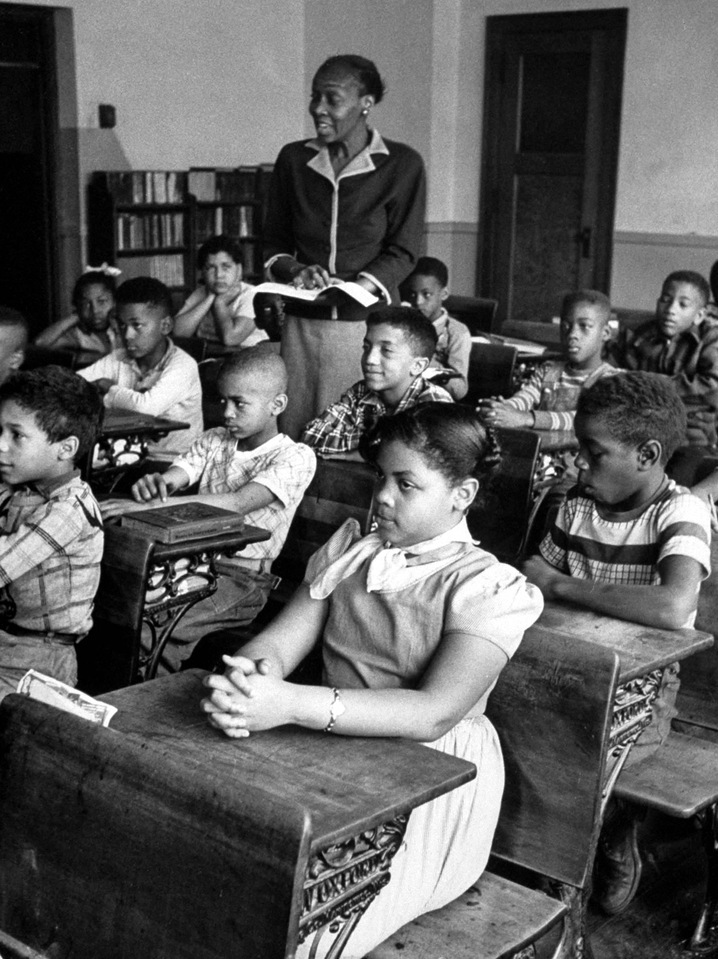 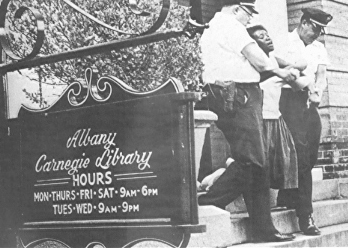 “When the sit-in movement started in Greensboro, North Carolina, in 1960 black people of nearby Danville had also been stirred to sit-in. There main focus then was on desegregating the ‘public’ library. As everywhere in the South, black people were denied the use of the town’s main library and assigned (in Danville, but not in all Southern towns) a miserable branch library with a few torn books. The Danville Library fought desegregation to the death, for it was not just another library, but a Confederate Memorial sacred to the white folks, the site of the last full cabinet meeting of the Confederacy before General Lee announced his surrender. Eventually faced with a court order to desegregate, the library chose instead to close from September to November, 1960, and reopen desegregated- but without chairs, and with the cost of a library card raised to $2.50 a year.” -From, “The Makings Of Black Revolutionaries” By: James Forman

“New York was a place of extreme wealth and dire poverty, of glittering Manhattan financial centers and teeming slums. It was the job of the NYPD to make sure the two universes did not overlap. There were no Jim Crow segregation laws in Mew York, as there still were in the South, but unofficial segregation was a fact of life. A significant aspect of policing in relation to blacks and Puerto Ricans was to make sure they ‘stayed in their place,’ both figuratively and literally.” From, “The Savage City,” By: T.J. English